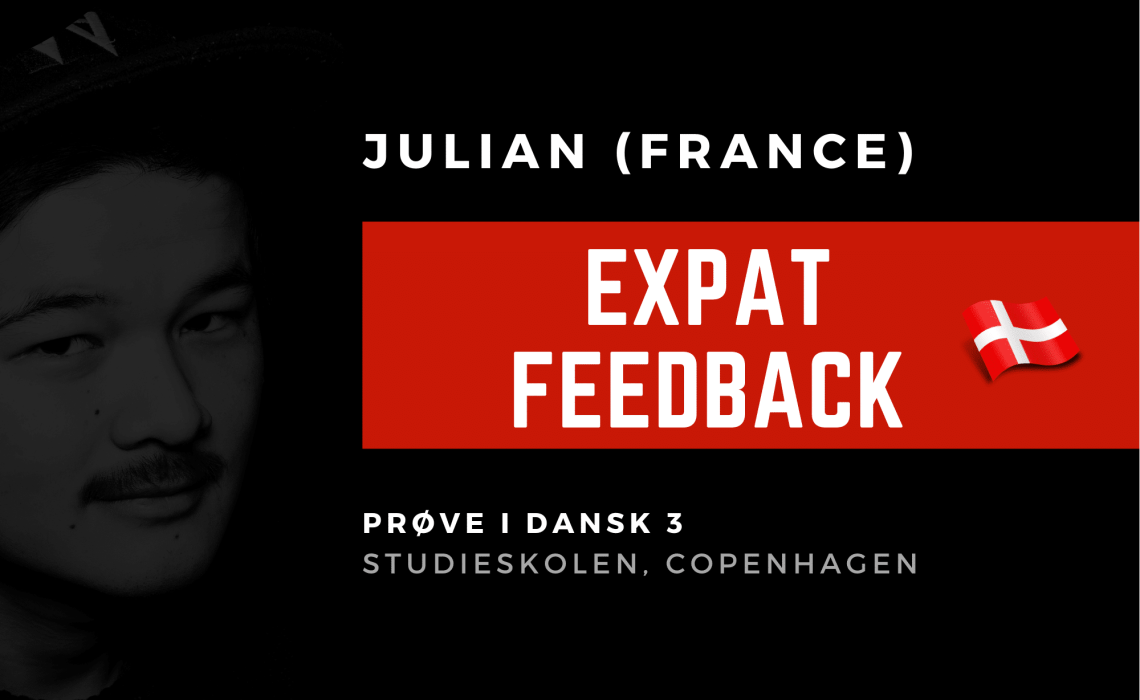 First of all, I wish you a very successful 2020 and plenty of Danish speaking! It has been a very long time since my last publications and expat interviews.

For the first Expat Feedback of 2020, I am glad to feature Julian, who is originally from France. He completed Prøve i Dansk 3 exam with Studieskolen Copenhagen, in June 2019.

Julian shares in this interview many insights about his personal experience of learning Danish in Denmark, but also the school process and some tips.

I sincerely hope that you will enjoy reading it!

About you
My name is Julian and I am from France. It is my 3rd time in Denmark. I arrived in November 2017. So it has been 25 months now. My 2nd time was during summer 2016 when I did a laboratory internship at DTU. Unfortunately, all Danish classes were off so I was frustrated not to learn Danish. My first time was during my childhood. I came to Denmark for almost ten years every summer and I developed an attraction to the country. 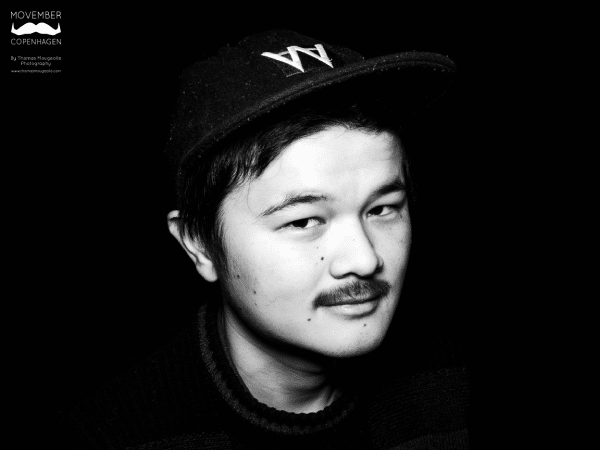 I used to introduce myself as a Parisian whose origins are mixed. My blood is 3/4 viet and the fourth is Dane. My grandmother was born in Nakskov and she taught me a lot about the Danish culture when I was a child. Thank to her, I celebrated the Danish Christmas and other traditions. But I was really stupid when I was a kid and I did not learn Danish with my grandmother. So when I was around 20, I felt I needed to retrieve my origins. So I decided first to get an Erasmus exchange. But I was refused because my marks were not good enough. So I did an internship in 2016 but that was too short to learn. So I came back in November 2017 as a VIE (special French contract). And I could start Danish in January 2018 at Studieskolen. I now live in Copenhagen near the little Mermaid !

Which school(s) did you attend?

How did you find the registering process at the school when you enrolled?

Easy but slow because first you need a CPR.

Did you take breaks?

No. I think when you take a break, you won’t feel motivated to start again. I have a lot of friends who did that and because of that they don’t speak Danish. But of course, I feel sometimes unmotivated. So I was like, if I failed an exam, I would stop paying Danish classes. And I was lucky not to fail it.

I did not have any choice because I had a job.

How did you find the various modules at school?

It was really interesting during the 3 first modules. But then since module 4, you start to prepare PD3 so it is less fun. 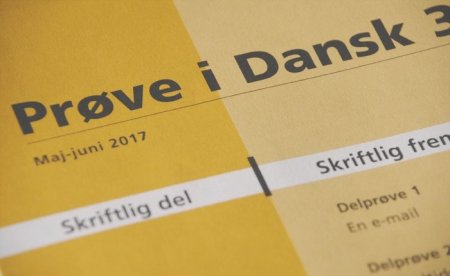 How was the Prøve i Dansk 3 examination?

Any suggestions in terms of the preparation to PD3?

Also, it is nice to be explained all the rules before doing the exam.
For example, I did not know we could bring a dictionary for the written exam.

Any comments regarding written exam and oral exam?

Written exam, check your time. I thought I was okay with the time but in fact I did not finish my conclusion.
Oral exam, take your time before answering. I was afraid to stay silent so I preferred to answer even if it made no sense. That’s not a good move.

Which study books have you used at school for the various modules?

What do you think about the books? Would you recommend them?

Yes, it was okay but it is better to have a teacher and classmates with you.
It is almost impossible to learn by yourself. You won’t feel motivated.

Do you think it is easy to apply your Danish (that you learned at school) in the everyday life?

It is not easy because in Copenhagen, Danes notice that you are a foreigner and switch to English. But it is possible.

What do you do outside of school to practice your Danish?

I go to the library and I borrow some comics as Garfield and children books. I organize French Danish Language cafe and English is forbidden. I go to other language cafe as SMK on Wednesday.

I watch Danish series as The Rain which is awful by the way. I went once to the cinema and once to the theater to see Lars Mikkelsen, an actor I really admire. I did not understand everything but it is still a little step.

Have you read Danish books that you think are worth reading for other students?

Yes, comics. It is the child method. There are pictures, it is easy. You learn new words and you get fun!

Have you watched Danish tv/movies that you think are worth seeing for other students?

Do you have any tips about how to improve your Danish while studying and being in Denmark?

He is also organizing French-Danish Language Cafe in Copenhagen. He doesn’t know yet if the French Danish Language cafe will hold in 2020 as he got a new job and needs to travel quite often out of Copenhagen so if you know other French/Danish people motivated, feel free to contact him!

This site uses Akismet to reduce spam. Learn how your comment data is processed.

𝗦𝗞𝗔𝗧 🇩🇰 Probably one of the most

Precisely one year ago today! What a year. Thankfu

Magazines are also a fun way to dive into new voca

Back to basics 🇩🇰 kids books are a great way

This website uses cookies to improve your experience while you navigate through the website. Out of these cookies, the cookies that are categorized as necessary are stored on your browser as they are essential for the working of basic functionalities of the website. We also use third-party cookies that help us analyze and understand how you use this website. These cookies will be stored in your browser only with your consent. You also have the option to opt-out of these cookies. But opting out of some of these cookies may have an effect on your browsing experience.
Necessary Always Enabled
Necessary cookies are absolutely essential for the website to function properly. This category only includes cookies that ensures basic functionalities and security features of the website. These cookies do not store any personal information.
Non-necessary
Any cookies that may not be particularly necessary for the website to function and is used specifically to collect user personal data via analytics, ads, other embedded contents are termed as non-necessary cookies. It is mandatory to procure user consent prior to running these cookies on your website.
SAVE & ACCEPT
Loading Comments...